If there truly are parallel universes as some claim, that means that somewhere out there in the vast expanse of the unknown there is a world, at least one world, where Franks and Beans is so beloved that it has its own merchandising arm, where throngs of adoring fans can spend their hard earned money (or whatever passes for money on alternate Earth – tree sap, perhaps) on the newest products and wearable garments.

One such garment might look like the above picture of a retro-looking Heniz shirt, except that “Frank” would have an “S” added to it, and also we would be selling these things instead of buying them at Old Navy, budget friendly though they might be.

Of course, there’s always the chance that we can dutifully recreate this alternate reality merchandise with some fabric paint and a well-honed sponge and wear it around on THIS earth until we are eventually hunted down by some authority tasked with keeping different versions of reality separate, which might look something like this: 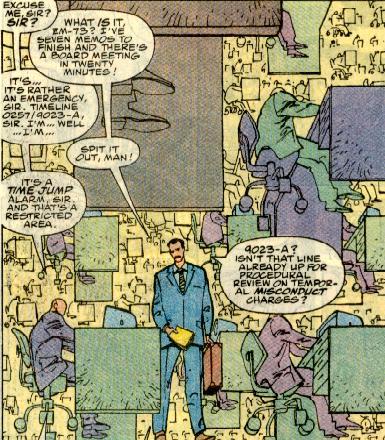 And wouldn’t THAT be fun?

Regardless of the answers to the very confusing above questions (perhaps they have no answer, or perhaps the answer was inside you the entire time), I present to you a panel from a recent volume of Strange Tales from Marvel Comics, featuring a story combining two of my very favorite things, the Fantastic Four and mustaches.  In this short tale, both the Human Torch and the Thing grow mustaches, and…well, that’s pretty much the point of the entire story.  In it, though, Ben Grimm and Johnny Storm refer to each other as moustache buddies (the spelling makes it even funnier), which is a subject near and dear to my heart.

Some might look at this and say, “Jeff and Larry, you were obviously the originator of this phrase as of Franks and Beans episode 7 and thus are owed the recognition that comes along with it”, to which I say, “pish posh” and also “pshaw!”  The concept of mustache buddies is as old as time, around since the dawn of the first mustache (or whenever ape creatures, slinking from caves with their prominent brows, could first distinguish a mustache from other ape-like face hair), and I am proud to consider writer/artist Jacob Chabot, artist of the above story, known for his brilliant Mighty Skullboy Army and fellow Strip Search contributor (look it up) to be an honorary Franks and Beans Mustache Buddy for life.  Wear it proud, Mr. Chabot.  You have earned it.

Oh, plus he drew me this great Thing sketch at the 2010 New York Comic-Con, complete with Chia-mustache.  Very cool. 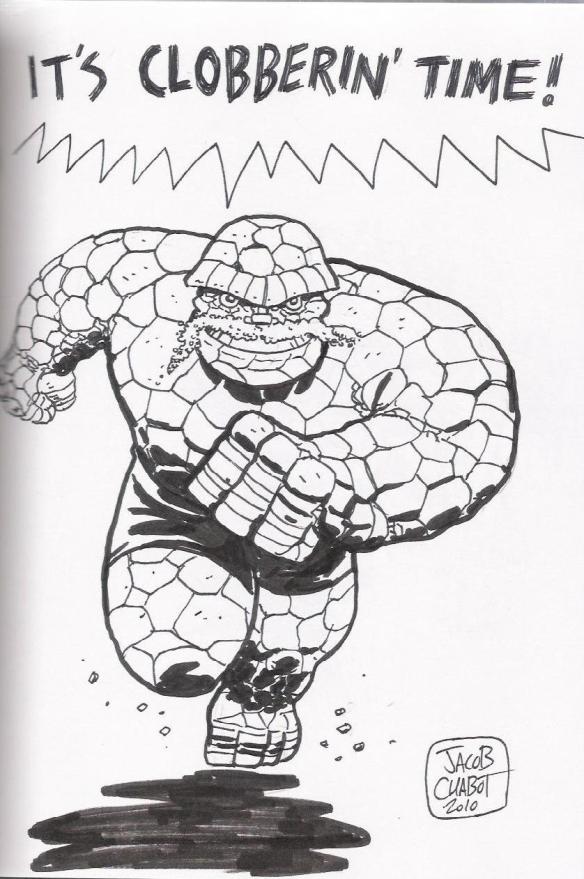