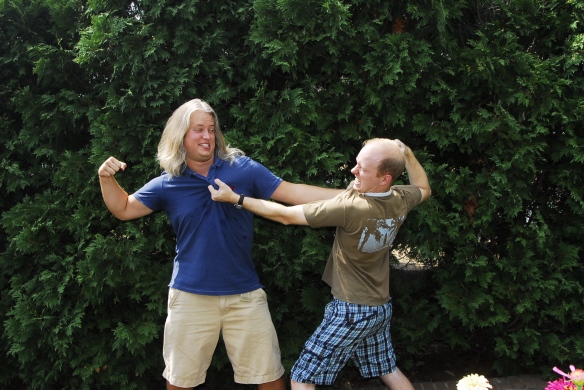 …at least not for too long, that is.  The original franksandbeansonline.com went dark a number of months ago, and this is one step on its slow crawl back from oblivion.  I guess I shouldn’t use “step” and “crawl” in the same sentence as that is mixing metaphors, but then again charming wordplay is just one reason so many people love Franks and Beans, the irreverent internet video show.

For now, we’re using franksandbeansonline.wordpress.com as the official homepage, but I’ll soon be linking the official domain name directly to this site…so either address will eventually take you to the same place.

It’s been a while since I’ve used WordPress, and I’m a bit limited with this current incarnation.  I will, however, strive to make this a fully functional site as soon as possible, with videos, blogs, behind-the-scene stuff, and news all making a triumphant return…or a return at any rate.  In the meantime, our reliable YouTube page is still up and running over at http://www.youtube.com/user/FranksandBeansOnline, and you can watch all 53 episodes there plus some other random videos…such as my Camry reaching 300,000 miles (it’s great, really).

Once I drag Larry back into the fold he’ll be posting here, too, and I hope to have some interesting stuff to reveal before too long.

Thanks for the patience, as it’s been a long road back.  But there is a mustache-shaped light at the end of the tunnel.  More to come.